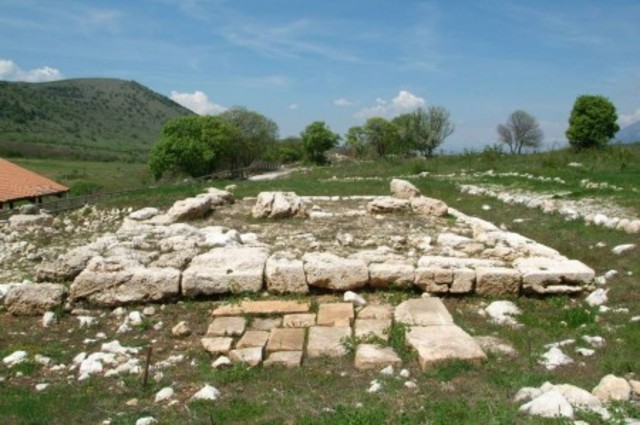 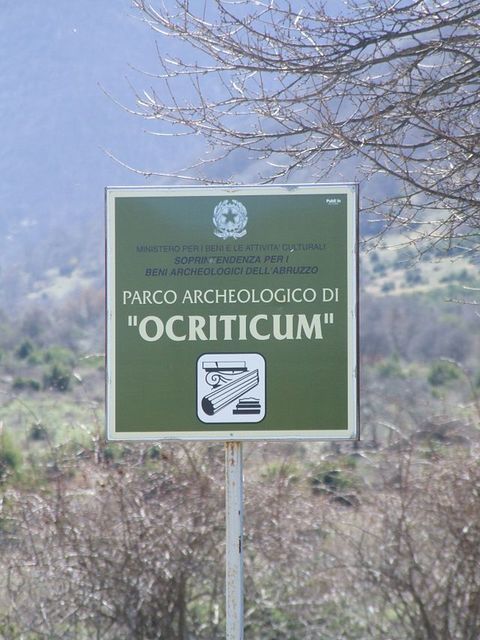 The archaeological site of Ocriticum is located on a plateau a few kilometres from Cansano, at the foot of the Colle Mitra hill, which about two thousand years ago was home to one of the villages within the administrative territory of Sulmona.
The oldest sources testify to the existence of a mansio (a dwelling or abode) in this location, called Iovis Larene, also mentioned in the Tabula Peutingeriana (an illustrated Roman road map) as being a few kilometres from Sulmona.
On this site there was a settlement, a necropolis and a sanctuary, which had their greatest period of growth between the end of the 4th century BC and mid-way through the 2nd century AD.  This was due to its location along the road which linked the area to the ancient Samnite territories.
It was probably an earthquake in the 2nd century AD which damaged many of the buildings, thus starting a process of gradual abandonment of the entire area right up until the 6th century.
Over the past two centuries the site has been subject to unauthorised excavations that have significantly depleted its wealth of archaeological evidence. An official excavation project was started in in 1992 and since then the area has been protected and manged by the creation of the Ocriticum Archaeological Park.
Inside were found three sacred buildings on two levels: on the upper level are two major temples, one of the Italic era (4th century BC) dedicated to Hercules and one from the Roman period (1st century AD) dedicated to Jupiter.  Both are sited within an enclosed area (temenos). On the lower level is the smaller temple which is dedicated to the goddesses Ceres and Venus (from the 2nd century BC) within a small rectangular enclosure.
Some of the finds from the excavations are kept in the official Documentation Centre, some in the Archaeological Museum of Sulmona and some in the National Archaeological Museum of Chieti.