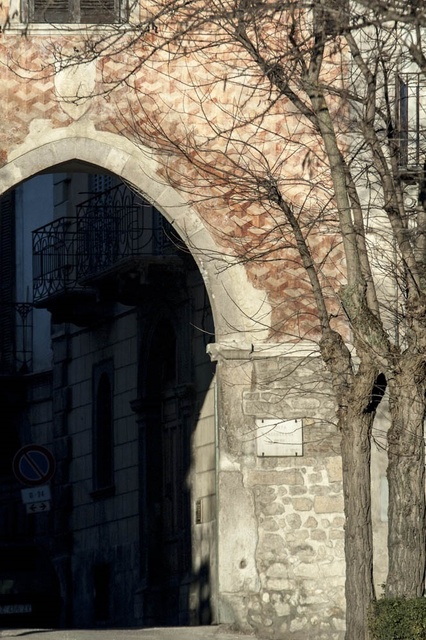 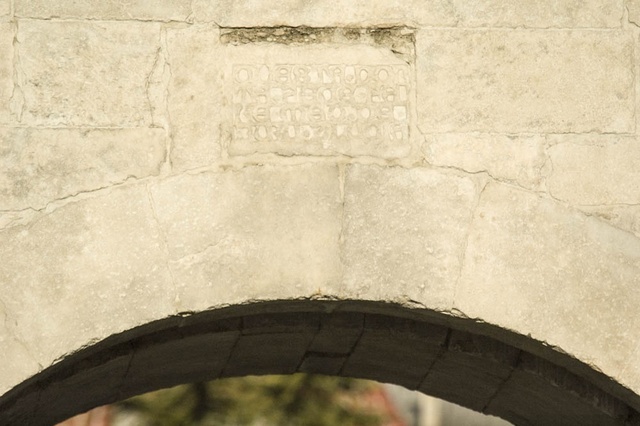 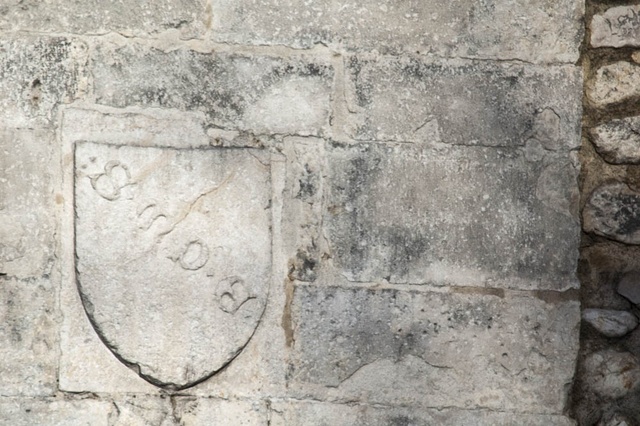 
The gate opens along the eastern side of the city’s 14th century defensive walls - on the road leading to Pacentro, hence the name - and served the village of the same name.


It is most likely to have been the Porta Orientis, as can be deduced from a document preserved in the Archives of the Cathedral of St. Panfilo.  Here, on page 53, we can see Porta Pacentrana clearly labeled on top of a previous erasure, made presumably to replace the original name of Porta Orientis which appears at other points on the same manuscript.


It replaced in function the previous Porta Manaresca, part of the first wall, where between the end of the 13th century and the beginning of the following century the expansion of the defensive circle was made to encompass the nucleus of new villages which had sprung up near the ancient walls.


Currently, it is incorporated within privately owned buildings using the upper floor, which once housed an armory.

The exterior plastered facade, is painted with a pattern of cubic prospective in shades of brick red on a white background and arranged in a herringbone pattern. The pointed archway features simple moulded frames. The support piers, especially those to the left, do not seem to fit the frame well leaving us to assume that during an undefined period the gate underwent renovations. Above the keystone of the arch is affixed a stone heraldic shield, completely chiseled away, thereby making it impossible to recognise the weapons that were carved there. On either side of the gate, stretches of the curtain wall that surrounded the city, which was made of roughly squared blocks of stone, are preserved. The barrel vault of the internal passage, which supports the upper floor, rests on strongly splayed retaining walls. We can still see the support hinges of the doors that would have been closed when the gate when was still in use.