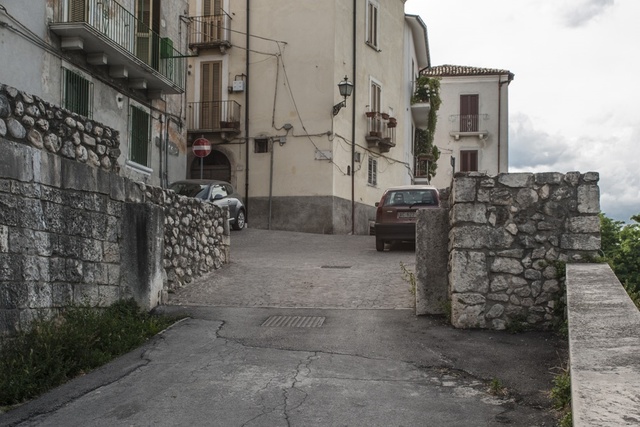 The current name of the gate comes from the popularisation of its original name of Johannis Passarum, which without doubt derived from a character who had been responsible for its restoration, or who lived in the vicinity, as has been reported several times in relation to other gates.


An opening was created in the north-east of the old city walls and was the only one, along with Porta Bonomini located on the opposite corner of the city, to maintain its function after the expansion of Sulmona in 14th century and the construction of the second wall with new gates.


It is not documented until the 13th century however, like the other gates of the first wall, it is certainly older.  In 1521 it appears that following the decision to close the university, part of the street that gave access to the gate was then separated in favour of a certain Domenico di Cola Cansano for the fee of two ducats.  We do not know if this was put into practice, however it is also mentioned in later periods

The gate, placed at the top of a steep access ramp that continues beyond it in the opposite direction, retains only the stone piers. Photographs of the late 19th century show the presence of a lintel protected by a sloping roof covered with tiles. Inside the left-hand side, the support hinge of one of the closing doors is still visible. These doors were still being regularly locked at night until the beginning of the last century.