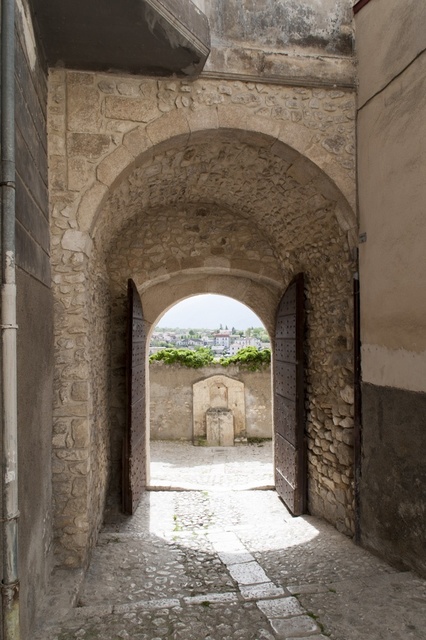 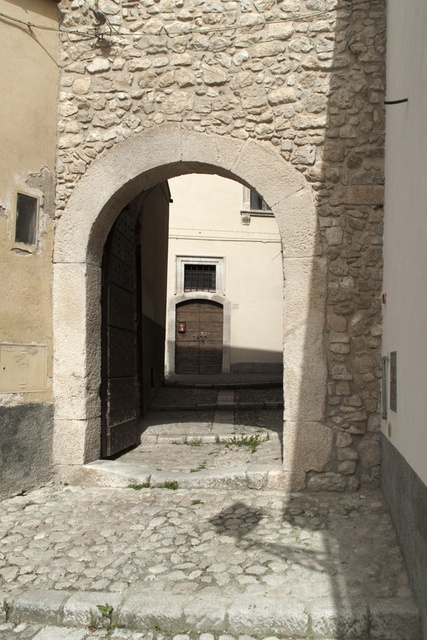 Porta Molina is located along the western part of the early Medieval city walls, between the gates of Bonomini and Filiamabili and was a secondary access or ‘postern’. It was probably the "posterula ardengi" mentioned in a document from 1168 contained in the ‘Chronicon Casauriense’, which has not been identiifed as being any other service gate in a different part of the walls.


In addition the figure of the priest Johannes Ardengi, for whom this postern is named, is mentioned in the ‘Instrumentarium’ - one if the two parts of the Chronicon. In ancient sources, but no earlier than the 13th century, the gate is also known as Sant’Andrea, named after the nearby church dating back to the mid-12th century which then collapsed in the earthquake of 1706.


The church, in turn, was known as Sant’Andrea della Postergola or "intus", to distinguish it from another church dedicated to the same saint that was located in the northern sector of the city but this time outside the walls, which had been given the nickname of "de fore" or "extra portam".


In any case, since the postergola is relevant to the earlier city walls, we must assume that it originally had a different name from that of Sant’Andrea, which dates only from the time of the construction of said church.


The name by which the gate is known today could derive ultimately from the nearby palace of the barons Molina, or due to its function of giving access to the mills located nearby along the river Gizio.

The current door structure dates back to a late period and consists of a semi-circular stone arch without support brackets and with doors of wood in situ which are still well preserved. Inside the gate is a high barrel vault, connected to the door by a frame - both made of stone - ending with a low arch.