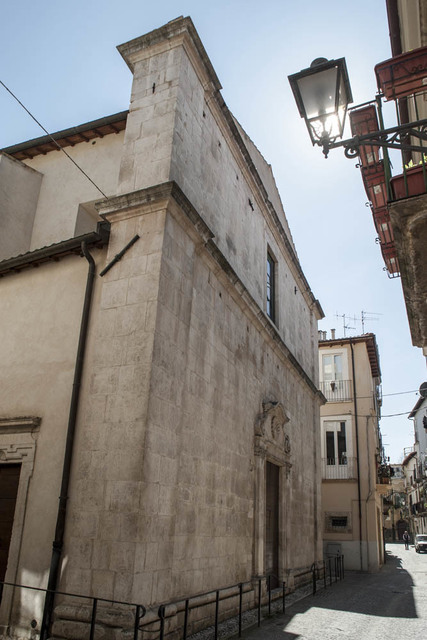 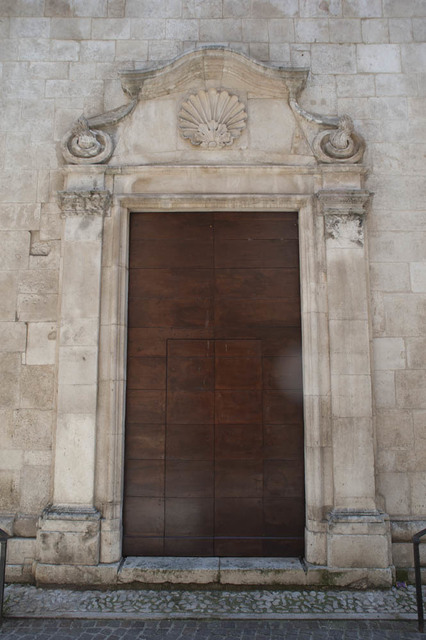 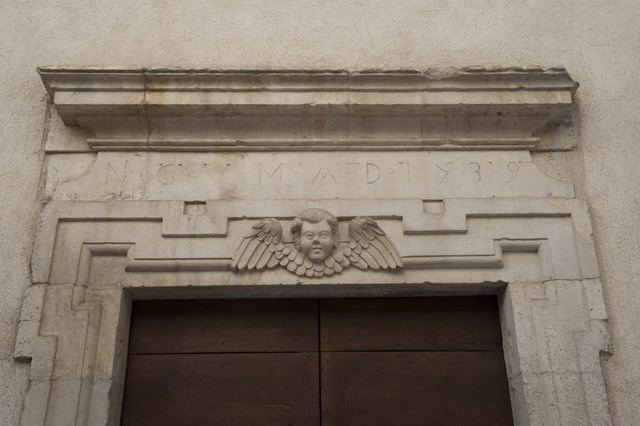 The foundation of the church of San Gaetano - the ancient Santa Maria Intus - also formerly known as Santa Maria di Pietraldoni or Pietraluna, probably dates back to the Middle Ages.  We know this from the recent discoveries on site of a semi-circular apse attributable to the 8th century, which still shows traces of a decorated fresco awning and lengths of the perimeter walls which surrounded the single nave.

The archaeological excavation of 1992, during the consolidation and restoration works, also revealed a stratigraphic succession over a period of about twenty centuries that includes remains from the Roman Imperial Age, dated between the 2nd and 3rd centuries AD, an element of interest in this small church.

The survey made it possible to reconstruct the history of the site from the earliest levels relevant to the domus, through the period as a Christian church finishing with the late Baroque changes, following the earthquake of 1706.

Today’s building is the result of restructuring works from the 18th and 19th centuries. The simple façade is made from stone blocks, framed by corner cantonal stones and divided into two levels by a moulded string course. The central section of the facade is emphasized by an elegant stone portal, remodelled in 1853, with Tuscan pilasters and a mixtilinear architrave with scrolls and a shell in relief in the middle. Above and in line with the portal, a rectangular window provides illumination inside the church. The vertical axis portal-window is repeated at the top and the profile of the high gabled roofs is set back from the crown of the horizontal plane of the facade. The small side door, on Via Stella, with a moulded frame and an architrave adorned with an angel’s head, dates back to 1739. On the outside wall of the church a bas-relief scene of the transhumance was found. From the end of the 1st century BC or early in the next century, it is currently kept at the Civic Museums of the Annunziata. It depicts a shepherd with a stick featuring a typically curved end together with his flock, a horse-drawn cart and two other figures. There is also a Latin inscription: [HO]MINES. EGO. MONEO. NIQUEI. DIFFIDAT. SIBI, i.e.: "I warn who distrusts of himself." Perhaps an invitation to trust oneself, also interpreted as a direct prohibition to the shepherds. To the right of the presbytery there is a slender, square 18th century bell tower divided into three levels by flat cornices. At the top, embellished with an array of Tuscan pilasters, is the belfry.

The church has a single hall floor plan, a barrel vaulted ceiling and shallow side chapels with altars. The last altar on the right-hand side from the 17th century, houses an interesting reliquary. After the consolidation and restoration works at the end of the last century, the entire presbytery was given a glass floor that allows us to see the different street levels below and the walls of the different building phases, in particular that from the Roman era. The latter is divided into various rooms with mosaics in black and white tiles featuring geometric motifs and stylized floral elements. One room which has a floor made of opus sectile, i.e. marble tiles of various colours, was added to the domus in the 3rd century AD. The walls are made of concrete and brick. Other parts of the ancient building, which are no longer visible, extend below the current streets of Via Ercole Ciofano and Via Stella.