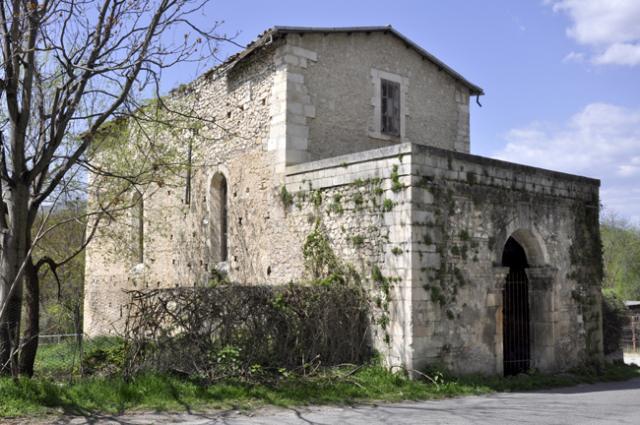 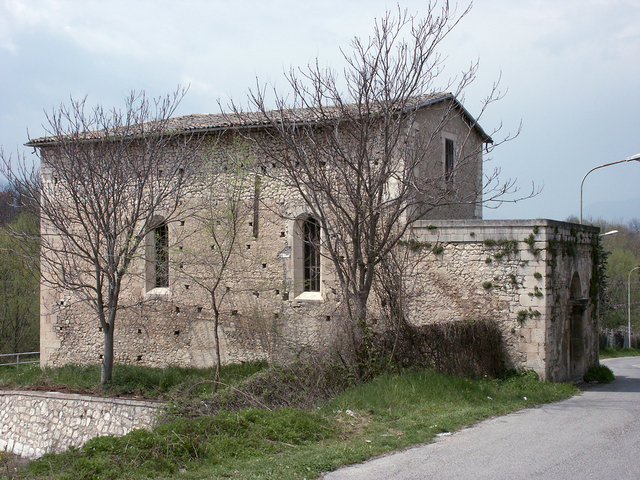 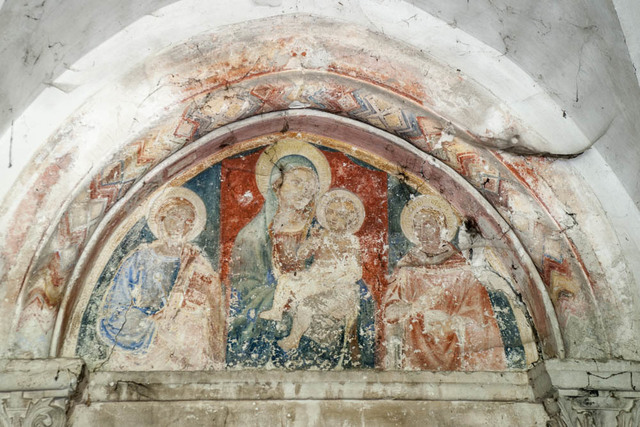 
The small, rural church of Santa Maria di Roncisvalle rises up near the western side of Sulmona’s city walls.  It is situated on the ancient road to Rome which was known as either Numicia or Minucia, along the same stretch of road which later became the Regio Tratturo. According to tradition, this road derived its name from a cruel and bloody historical episode between the inhabitants of Sulmona and Pescocostanzo.


The church belonged to the Agostinian monks and was named for the Hospital Order of S. Maria in Roncisvalle from Pamplona who was a follower of the Agostinian rule.


It has also been known variously as Santa Maria Lungis Valle, Rosa de Vallis or, more recently, as Santa Maria Giovanna. It was originally built in the 13th century in a holy area, probably dedicated to the cult of Minerva, on the same spot as the previous Medieval Church of San Vincenzo.


In 1392, the hospital annex was incorporated into church of the SS. Annunziata. The church then became a destination for pilgrims, especially after Pope Paolo III (1534-1549) recognised the miraculous power of the image of the Virgin of Roncisvalle.


Situated on the route leading to the pastures, it was popular with shepherds and cow herds, who found both refuge for themselves in the church and a watering break for their livestock from the nearby fountain.  It was restored many times after various earthquakes, but has now been abandoned.

The area around the church was subjected to changes during the last century and the building is now isolated on a embankment and surrounded by a wall. A portico was later added to the facade of the original 13th century structure, which was then covered by a barrel vault with lunettes. The only entrance arch, constructed with square blocks, is a semi-circular round arch with the emblem of the city and rests on jambs with capitals decorated with acanthus leaves. Currently it is closed by an ironwork gate. The portal located below the entrance porch, which leads into the church, is topped by a frescoed lunette in which is represented a Madonna and Child with Saints. At the top of the front is a rectangular window and along the left-hand side there are two round-arched openings, framed by blocks of limestone. On the right-hand side at the back of the church, however, there are no openings. Attached between the two walls is an angular buttress which was added in 1744 to reinforce the structure which had been damaged by an earthquake at the beginning of the century. On the other side are the remains of an entranceway which is now walled over.

The church has a rectangular hall with plaster walls and wooden roof trusses . A triumphal arch, supported by pillars of square stone topped by simple capitals, separates the only nave from the polygonal apse. The apse isn’t visible from the outside because it is obscured within the flat rear facade at the back of the church and is covered by a vaulted pavilion. Small octagonal columns, placed at the corners of the interior, support the structure which reflects the capitals of the arch.