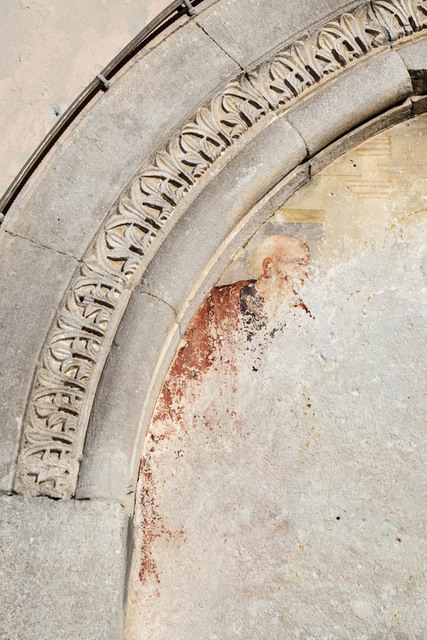 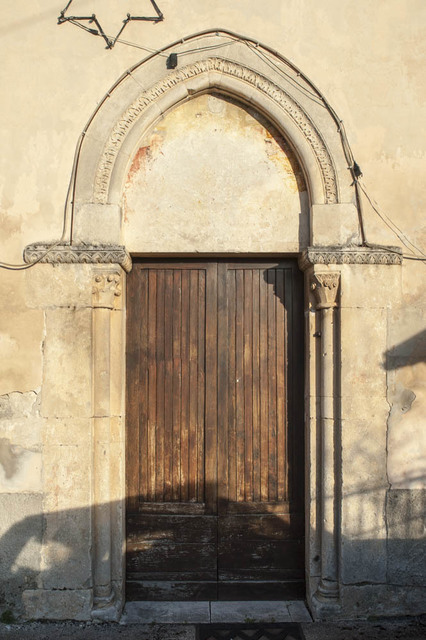 The church, probably originally called Santa Maria di Pietrafitta, is situated in the area once known as Montagnano.

From 1250 it was the home of the Cistercians from Santa Maria Arabona of Manoppello - who actually first settled, in 1232, in Santa Maria dei Corboni in the area of Marane in Sulmona - from which both the church and the area took on its present name.

When the monks left, the building remained abandoned until 1607, when the Carmelite Fathers renovated it and lived there until 1634, when they then moved into the church of the Madonna del Carmine.

It then passed under the control of the Chapter and was taken care of by the congregation until it was sold to private individuals, who in turn sold it on due to the damage it suffered in World War II.  It was then closed, subsequently restored and reopened for worship in 1954. The church is now part of the parish of San Giovanni da Capestrano.

The facade with horizontal crowning, is characterised by the portal - the only element that remains of the 13th century building. It is framed by a system of column-pillars with capitals featuring plant motifs and enclosed by a pointed frame which bears traces of a fresco inside. Flanked by two rectangular windows framed in stone, the portal is surmounted by a circular oculus, the remains of an original rose window. On the left-hand side there is a small door, within a carved, rectangular, stone frame and surmounted by a broken pediment with a decorative centre. Higher up there is a rectangular window and a small bell tower with two lights.

Inside there is a single nave, with wooden trusses. On the back wall the altar is flanked by two side openings surmounted by small paintings representing the Sacred Heart of Jesus and the titular saint of the parish, Giovanni da Capestrano. On the right-hand wall is a picture with the Visitation.