Church and convent of St. Catherine of Alexandria

Church and convent of St. Catherine of Alexandria 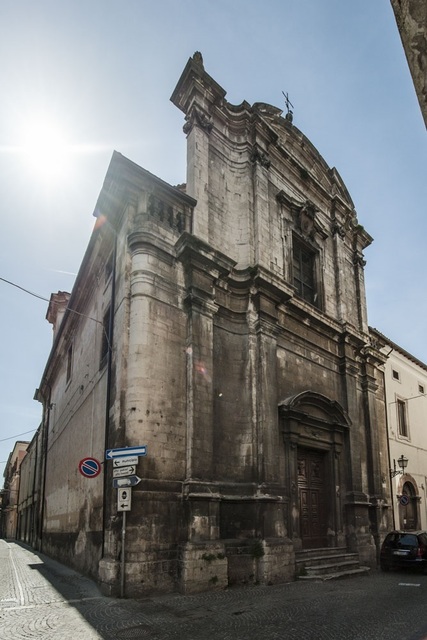 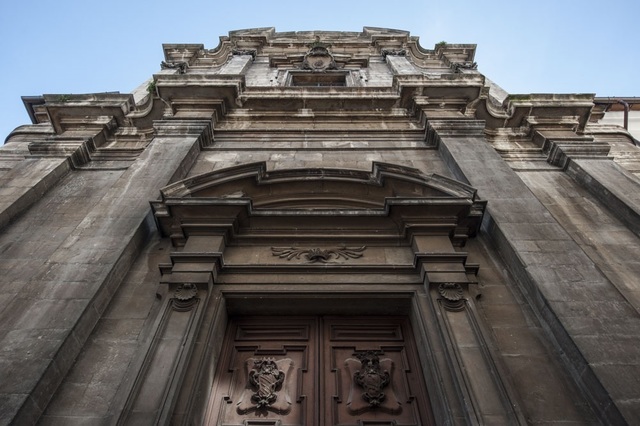 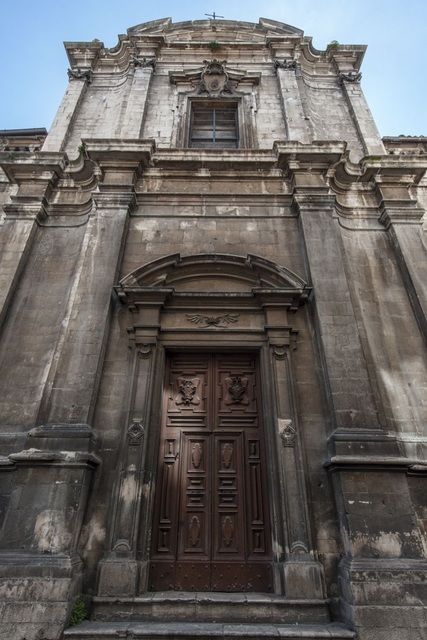 Information about the origins of the monastery of St. Catherine is conflicting. Some scholars go back to the 12th century, but most believe that the history of the complex begins in 1325, with the foundation of a female Dominican convent, and the annexed Church, by one ‘Angelerio’ - from a local family although he himself was a native of nearby Caramanico - who was canon of the Cathedral of San Panfilo.


Unfortunately it was totally ruined following the earthquakes of 1456 and 1706, so it is impossible for it to be returned to its original appearance.


It was Baron Pietro Giovanni Corvi, who provided for its first reconstruction in the 15th century, at a time when the church took probably had two naves.


The subsequent rebuilding that followed the terrible earthquake of 1706 led to a complete transformation of the church according to the new Baroque style, both in its elevation and in the decorations and furnishings.


During the 19th century the complex slowly declined until the beginning of the 20th century when the local authorities, after the suppression of the order, acquired the monastic structure, turning most of it into a school building and keeping some as living quarters until the last nuns left.


The church, which was granted in 1967 to the Accademia Cateriniana di Cultura, fulfilled for a time the function of community Auditorium.  It is currently open only on rare occasions while the convent building itself, after several uses, will eventually accommodate the so-called Cultural Centre of Santa Caterina, which includes the Municipal Theatre and the Cinema Pacfico as part of a specific recovery project.

The main limestone facade of the church is characterized by its curvilinear profile, achieved through the adoption of short concave sides and the projecting central section which leans towards the buildings opposite. The facade is divided into two levels with a double order of composite pilasters on a high base branching off from the lower one. Ionic pilasters support the upper façade with a broken pediment behind which you can just see the octagonal dome of the elliptical church. The marked verticality of the facade is ensured by the high entablature which is interposed between the architectural orders of the first and second levels, and in the crowning. The facade is enhanced by the presence of the elegant central portal with broken pediment that echoes, in a reduced form, the solution of the crown. The rectangular window with moulded frame above, has a triangular gable with a curved profile and, at its centre, the symbol of a wheel - the instrument of torture used, according to legend, in the martyrdom of the saint.

The interior of the church is a single-ellipse, the only example in Sulmona, with the entrance at the major axis and two deep chapels along the minor, which together give the floor plan the shape of a cruciform. Of particular note is the impressive elliptical dome, from whose windows the light radiates onto the frescoed surface of the inner dome. The uniqueness of the plan should in all probability be considered connected to the almost simultaneous reconstruction of the church of Santa Caterina in L’Aquila - and the annexed convent of the same name - in which the architect Ferdinando Fuga opted for a similar elliptical system, already in use in the more famous Santa Maria dell’Orazione e Morte in Rome . The choice made here is therefore further evidence of the emergence of architecural solutions in the L'Aquila-Sulmona area which follwed the Roman Baroque in the 18th century. The interior decor is very sumptuous, with a profusion of marble-effect and gilded stucco, in a typical Baroque repertoire. The dome and plumes are painted in fresco with the Glory of St. Catherine, the Allegory of the Virtues and the Christian symbols of the four evangelists, attributed to the painter Giambattista Gamba, engaged by the first half of the 18th century in the decoration of several churches in the area including the SS. Annunziata in Sulmona, the Chapel of the SS. Sacramento in Santa Maria del Colle in Pescocostanzo, and the SS. Trinity in Popoli. The high altar in marble was probably made by workers from Pescara between 1735 and 1769 and shows the altarpiece with an image of the titular Saint. The grant to the noble family of Corvi of the left-hand chapel - characterized by the presence of their coat of arms - and their tomb in the church itself, is related to their generosity in the first reconstruction of the whole convent complex. The Sulmonese painter Vincenzo Conti (1775-1825) was responsible for the painting of the Madonna del Rosario, now in a poor condition. Inside the church, a valuable statue of St. Catherine of Alexandria, dating from the 15th century was preserved and is now on display in the medieval-modern Civic Museums of the Annunziata. Amongst the 18th century furnishings are the two choir benches and the balustrade of the organ, made of carved and gilded wood by craftsmen who were almost certainly close to the famous cabinetmaker Ferdinand Mosca. The organ, supported by brackets, has a mixtilinear concave parapet in the centre and is decorated with panels featuring plant designs. Its sound box, decorated with ornaments in carved and gilded wood, presents an overview of three bays separated by pilasters and ends in an ornate cornice topped by an undulating pediment, which features a coat of arms. Above the keyboard there is an inscription with the letters MG and the date 1763.