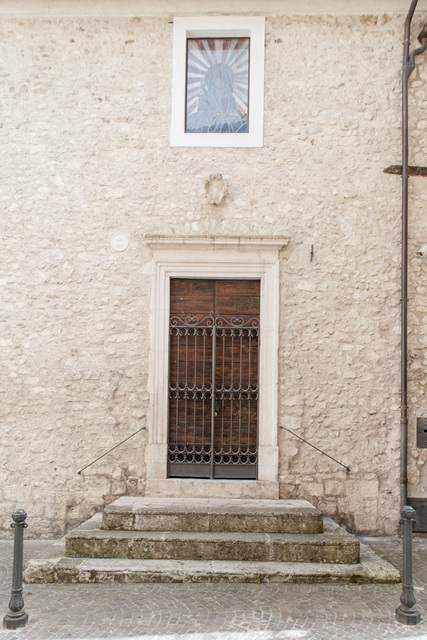 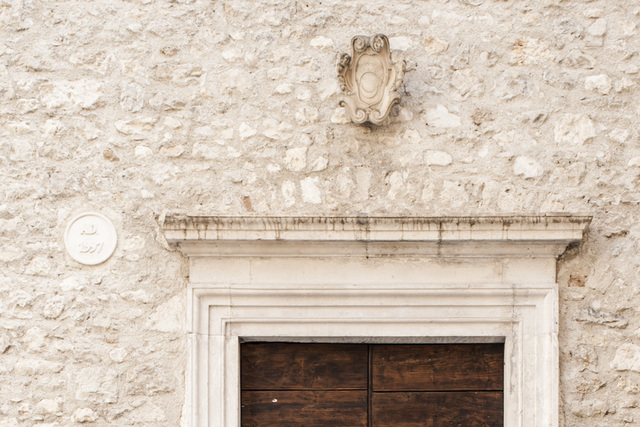 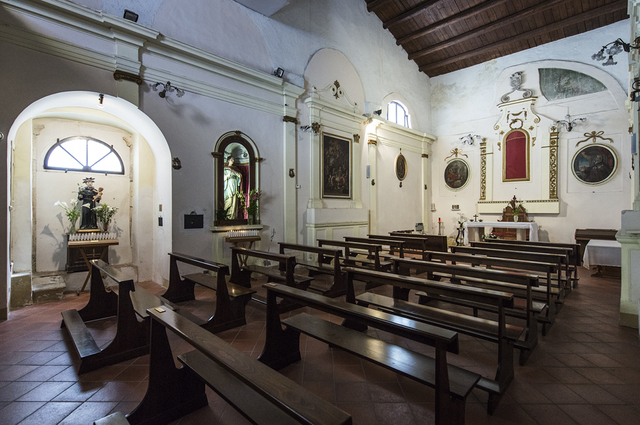 It has long been believed that the church and the annexed convent were the home of the Benedictine nuns who originally resided here and that later on, due to the fact that the nuns had taken sides in the fight between the Merlini and Quatrario families, the cloister was closed in 1406 and passed to the Celestine friars who inhabited it until 1656, when it was destroyed by a big earthquake.
In reality, this monastic complex was founded between the end of the 13th century and the beginning of the 14th century.   It is listed in a document from 1375 and also in the city land registry of the following year. From a judgement of 1383 we learn that this church was owned by the Celestine Order and, since it was located inside the Medieval perimeter wall, the prior and the friars of Saint Peter Confessor – who were located outside the wall but were from the same order – moved inside for safety reasons.
During the 18th century,  the monks progressively abandoned the building, and from 1742 they only celebrated mass here on the occasion of the feast of Santa Lucia on December 13th each year. In 1807 the religious order was abolished and the church was entrusted to the Confraternity of Santa Maria of Loreto.
The cloister was acquired by private owners in the mid 18th century, while the church, which had by now become unstable, was ordered to be demolished by the City Council in 1927. The order was never carried out and the church was restored at the end of the last century.

The simple façade, made from exposed stone and mortar work, has a stone portal with a simple decorated moulding and above it a small stone shield with the encryption N.G.V.M. (NATIVITATIS GLORIOSAE VIRGINIS MARIAE) - the emblem of the Confraternity of Santa Maria of Loreto. The composition is enclosed by a square window with stained glass portraying Santa Lucia with her typical iconography. On the left side wall, we can see a portal, now bricked over, with a lunette and tympanum. Higher up there is a bas-relief illustrating the Tree of Life with Adam and Eve, two pelicans and an Agnus Dei. Over the same wall, there is a small bell tower with two open sections featuring quadrangular pillars.

The interior, a single-nave covered by a wooden beam ceiling, was restored in 2001. 18th century paintings of saints are also kept here. On the left hand side wall, we find a statue of St. Anthony and, in a niche, the plaster figure of Santa Lucia. On the main front wall, traces of a portico, possibly relating to the original building, are visible.