Church and Convent of San Domenico

Church and Convent of San Domenico 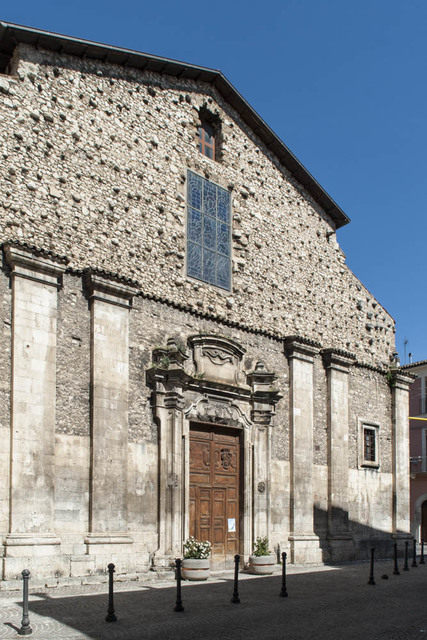 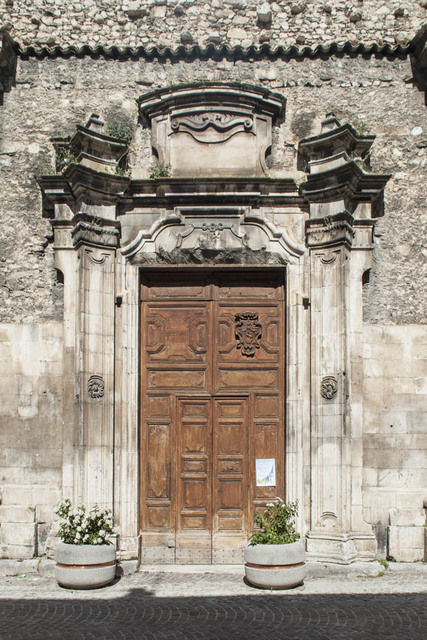 The church is located in the heart of the district of Porta Japasseri.   It was founded in 1280 by the Dominican fathers at the behest of Charles I of Anjou who was particularly connected to the religious order.
Initially dedicated to St. Nicholas of Myra, it always enjoyed privileges and donations from the royal house. The convent attached to the church was built about a decade later and was given a large amount of land that further increased over the centuries.
The first monastery was built inside the ancient city walls and was subject to subsequent alterations and extensions commissioned by Queen Giovanna and Ludovico of Taranto. The monastery boasted a large and rich library and, according to local historical sources, was the destination of eminent scholars attracted by the presence of a theological study.  After the suppression of the Order, the collection of books was transferred in 1815 to the Town Hall and was later combined with the endowment of the public library.
Over time the earthquakes that have plagued the city (in 1349, 1456, 1706 and finally in 1915) have repeatedly compromised the structures, making reconstruction necessary on several occasions. ​​Shortly after the mid 14th century the church was rebuilt and in 1572, the entire complex was reduced to a new form thanks to the generosity of Father Pietro Martire Tabassi.
The most significant changes occurred, however, after the earthquake of 1706, when he organised the consolidation and preservation of the existing areas and the transformation of the interior spaces.
From the end of the 18th century, the complex became a barracks during the French occupation,  after the return of the Bourbons and also in the post-unification period right up to February 1957 - the date of the closure of the district.
During the following years it maintained its function as a military base, housing territorial commands, the last of which was that of the Military Prison.
The convent building is today the result of a complex architectural history. Today it houses the University Centre of Economics and Management of Cultural Resources, Environment and Tourism on the ground floor and, upstairs, there are a few municipal offices and the headquarters of the Seniors’ Community Centre.

Archival sources show that originally the church building had a Gothic portal - similar in type to those found in other churches in Sulmona such as San Francesco della Scarpa and San Panfilo. In the middle of the upper span there would have been a rosette. Currently the exterior presents an unfinished Baroque façade which was rebuilt after the earthquake of 1706 and further remodelled after that of 1915. The square stone blocks cover approximately to halfway up the front and include six pilasters. The two central pilasters frame the door which has a mixtilinear upper frame. In the centre there is a carved lamb bearing the cross, in poor condition, which is topped by a rosette with four petals. The exterior features pilasters with a slightly concave central rosette in relief, rotated towards the front and ending in capitals with leafy elements. The entablature above is finished by a moulded pediment with a curved profile. On one of the two wooden doors is the emblem of the Dominican order, with a rampant dog bearing a flaming torch in his mouth, surmounted by a six-pointed star. The interior, on a longitudinal system, preserves the architectural layout of the early church and the division into three naves with six round arches on each side is supported by strong, square pillars. Don Vincenzo Pantaleo was responsible for commissioning in the first quarter of the 20th century the baptismal font at the beginning of the left aisle, made by the Sulmonese Pagliaro firm. A plaque at the entrance commemorates the work of the parish priest, Father Giuseppe Di Placido who was responsible for the reopening of the church in 1924, after the work following the earthquake of 1915. In the past there were numerous altars along the side walls. Today for the most part these have disappeared. Some of the valuable paintings that adorned them, including a panel of the Umbria-Marche school of the 16th century depicting the Deposition, are currently on display in the Diocesan Civic Museums of Santa Chiara. A display case houses the recumbent statue of the dead Christ, which once belonged to the ruined Church of Sant’Ignazio and which at one time was part of the "Good Friday Procession". Following the earthquake of 1915 a flat coffered roof replaced the original vault and then, after the earthquake of 1984, new wooden trusses were built. In 1926 the parsonage next to the church was inaugurated.

After the suppression of the religious orders, the imposing structure was for a long time used as a military base and was therefore profoundly transformed from the original layout. Inside the building the ancient monastic architectural elements are recognisable in a sequence of eight wide arches made in ashlar stone. Seven of the arches are pointed and only one, the penultimate, is round and was probably rebuilt after an earthquake. In the corner of the apse wall of the church, which is covered by long cross vaults, there are traces of a porch consisting of six columns and four square pillars topped by stone capitals, facing the two sides of the courtyard. Within it there is a circular well about 30 meters deep, the water of which, according to common belief, had miraculous properties as it had been blessed by the Holy healer Vincenzo Ferrer, who arrived in Sulmona in 1418 and who lived at the convent. In fairly recent times the area adjacent to the complex, corresponding to the former vegetable garden of the Dominican monks and used for a few decades as an outdoor cinema, was incorporated within the barracks and turned into a functional main entrance.