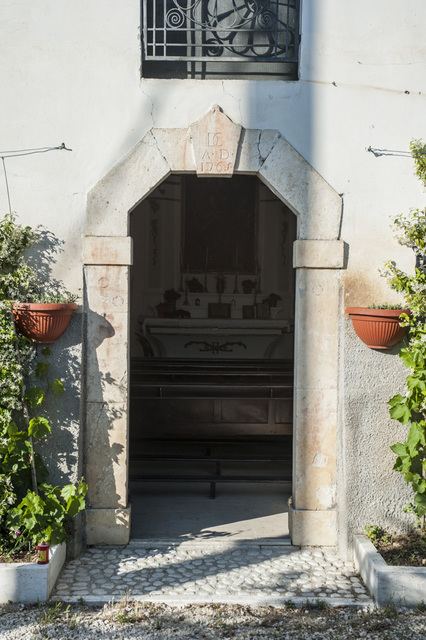 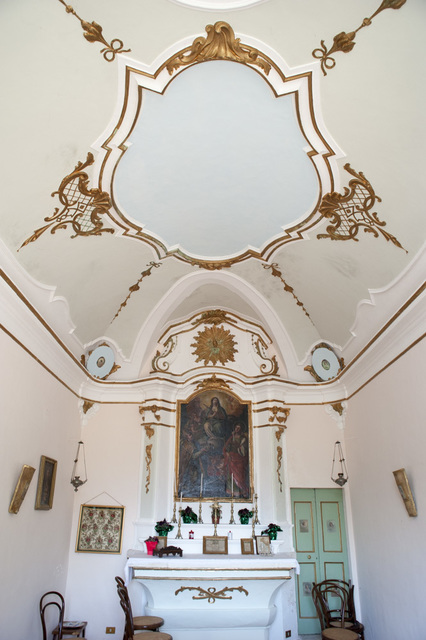 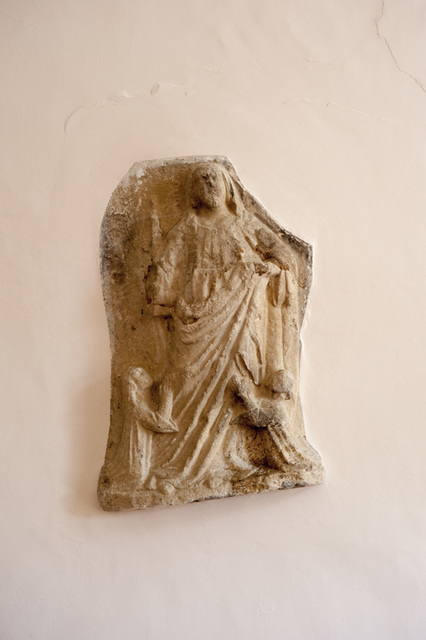 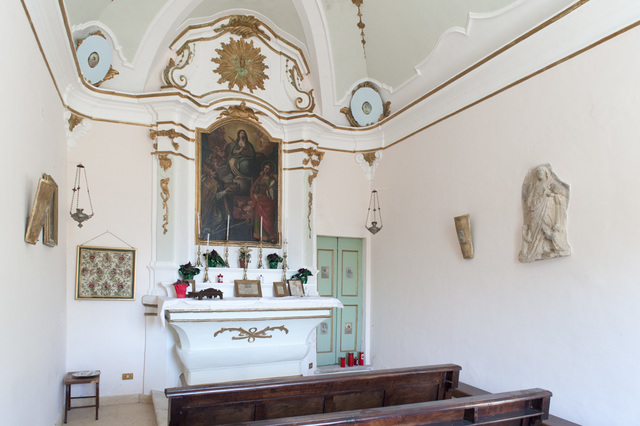 The keystone of the portal shows the initial purchaser, Domenico Cattaneo.
The church currently does not house works of any value.   The simple interior has a single nave with a high relief on the right wall, representing Saint Lucia with two figures praying at her feet.

The church of Santa Lucia, in the hamlet of Marane, is located on the estate known as Casino Pantano, on the slopes of Mount Morrone. The present building is from the 18th century, but the original dates back to 961 and was built, along with part of a hermitage, with Roman remains from a complex larger than the current one. Mentioned in documents from both 1056 and 1188, it is also mentioned in the land registry of 1376 as being located juxta montem in the village of Marane. In 1673 a certain Father Pietro da Tione built his hermitage. Some reports state the presence of a nearby Benedictine convent - but we do not know either its date or position - and it is certain that it suffered much damage from the earthquake of 1706. Today’s chapel was built in 1756, perhaps on the site of the previous one, but certainly in the same partly isolated position, by the Milanese merchant Domenico Cattaneo. At the end of the 18th century the estate, including the church, was sold to the Ricciardi family of Campo di Giove. Today it is owned by the Pantano family of Sulmona who restored it in 2008. It opens each year on December 13, on the feast day of the titular saint, when Mass is celebrated.