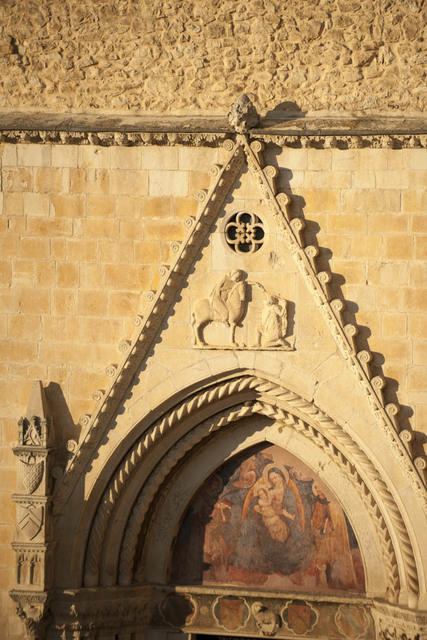 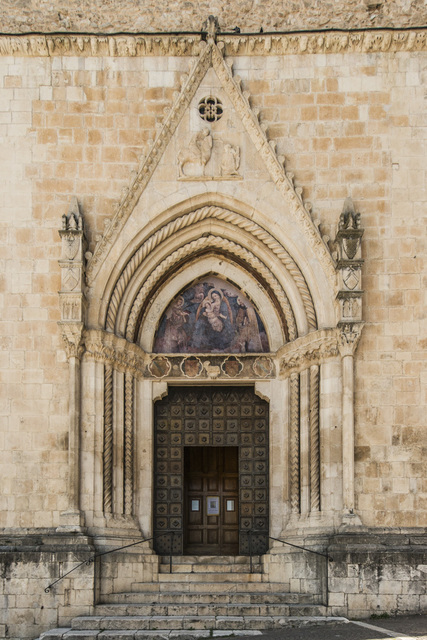 
The construction of the church and the oratory of San Filippo Neri began in the mid-17th century and ended in 1677. The congregation, however, in principle, was located - along with that of the Jesuits - at the Church of St. Ignatius, located in Piazza XX Settembre, which no longer exists.  It only later moved to Piazza Maggiore - now Piazza Garibaldi - within the lively and populous Borgo Pacentrano.


The earthquake of 1706 forced a reconstruction of the complex, magnanimously funded by Baron Giambattista Mazara between 1785 and 1794, thus earning the commemorative plaque on the right-hand wall of the church. The adjoining convent had to be of great dignity, so much so that in 1796 it hosted the Bourbon King Ferdinand IV when he visited the city.


In 1799, with the supression of the Filipini order, the Fathers left the city and the sacred building was abandoned and reduced to profane use. It was transformed into a bakery and also used for military purposes. Similarly the oratory, forfeited by the Royal Property, had various uses, and today is home to the Command of the local Guardia di Finanza.


Only in 1920 did the church regain its religious use, becoming the seat of the parish of Sant'Agata. It is here on Easter morning that the traditional manifestation of the Madonna Che Scappa in Piazza starts; the joyful conclusion of Holy Week in Sulmona.

The most important aspect of the church is the facade. It had previously belonged to the former Gothic church of Sant'Agostino, built in 1315 in the area where the War Memorial is today, in Piazza Carlo Tresca. It was, in fact, between 1883 and 1885 that the municipal authorities - before the final collapse of the church of the Augustinians, irreparably damaged by the earthquake of 1706 - decided to maintain the facade, superimposing it onto the front of the still unfinished church of San Filippo. The dismantling and reassembling though brought about some substantial changes. A high base with steps was added, the buttresses of the pilasters were reduced and the two windows were closed in. The portal was instead faithfully reconstructed and is today one of the finest examples of Gothic art in Abruzzo. It presents a framework of a splayed, pointed arch underlined by a sequence of twisted columns and pillars with rich capitals. The octagonal exterior columns, which branch off the spire pediment, feature the coats of arms of both the Angevin famly and of the Sulmonese Sanita family, who had contributed to the construction of the church. At the centre of the lintel there is a bas-relief depicting a lamb bearing the cross. The sides are painted with four coats of arms but they are difficult to read because of the poor state of preservation. In the lunette there was a 15th-century fresco depicting the Madonna and Child with St. Augustine and San Lorenzo, which was detached during the transfer of the facade and displayed in the Civic Museum. In the tympanum, however, under a quatrefoil oculus, there is a relief with the representation of St. Martin on horseback giving his cloak to the poor. A string course divides the facade into two distinct parts - the upper section has been left rough, the lower part however has been finished - is adorned with a unique sequence of sculpted heads of saints, nuns, bishops and other characters in the fashion of the time.

The church, rebuilt after the earthquake of 1706, features a Baroque language of the 18th-century. The single nave with four side altars is made up of two square bays covered by a pseudo dome on a circular base of trapezoid plumes. The first section has no openings, but higher up it is illuminated by eight windows located above the presbytery. The two areas with side altars are separated by a short barrel-vaulted full wall within which there are two small chapels and the same number of choirs. The presbytery is covered by a barrel vault that houses the tempera painting, the Madonna and Child with the Angelic Hosts, attributed to Amedeo Tedeschi - a student of Patini - and dates from the late 19th and early 20th century. The high altar made from slabs of marble dates back to 1888, the same year in which the floor, damaged during the facade works, was lowered to the height of the new door. The two paintings in the side altars close to the presbytery are, on the right, the Sacred Hearts of Jesus and Mary, and the Immaculate Conception to the left. They are respectively the work of the Sulmonese Vincenzo Conti (1812) and Carlo Patrignani, another pupil of Patini, which was painted in the early 20th century. Also worthy of note is the 19th century organ on the inside wall, probably built by Pacifico Inzoli from Cremona.