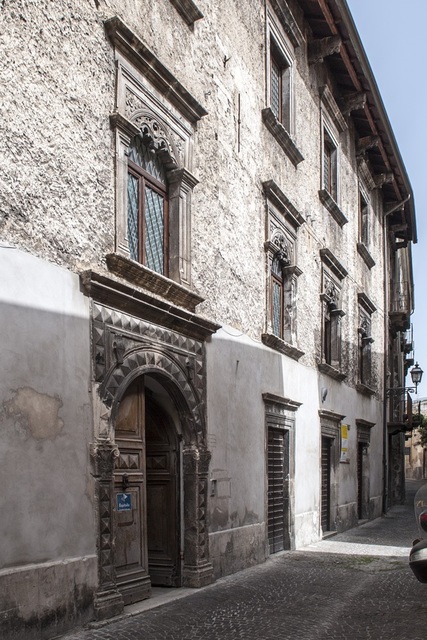 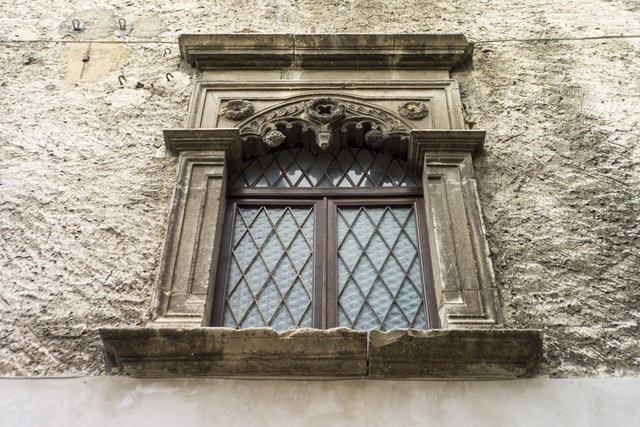 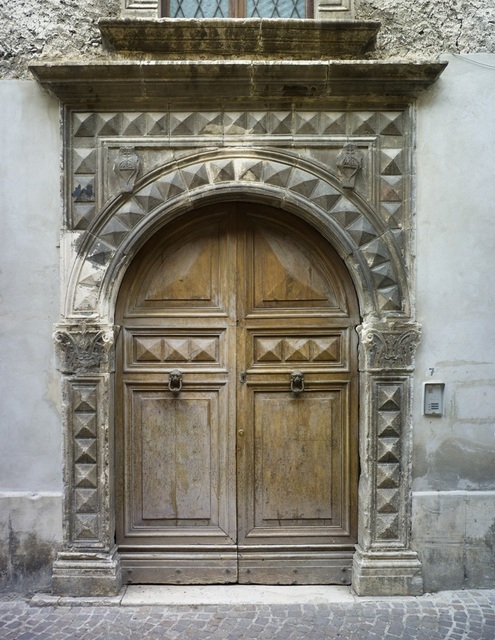 
Built in the early 16th century - as could be read until some time ago on the dated frieze of an internal door - it was recently the subject of an in-depth study that has clarified its origins and ownership.  It was first attributed to the Meliorati family by Ludovico Magagnini but now has been assigned to the Liberati family.


In the light of the new research, and based on the analysis of two small horses head shields on the frieze of the main portal, the alleged link between the building and the home of the Sulmonese Cosimo Meliorati who became Pope Innocent VII (1336 - 1406) has been debunked.


It has now been assigned to the Liberati family, in particular to Marino Liberati who would have bought in 1563 from Geronimo De Capite the beautiful portal worked in local stone, upon which were added the two coats of arms.


The dwelling had other owners over time, to whom are attributed various interior modifications, until it was acquired via auction first by the Banca Agricola Industriale of Sulmona, who established it as its headquarters, and finally by the city itslef.

The main facade, whose compositional scheme was altered by the later insertion of new openings, shows a predominance of late Gothic decorative features that are inserted into the late-Renaissance facade. An example of this is seen in the decorative treatment of the windows on the main floor where the simply designed 16th century openings have a straight crown framed by columns and are decorated with late Gothic sections inside the arches. Clearly 16th century are the entrance ways on the ground floor, the windows of the second floor and most of all the entrance to the main building. The decorations play on the use of a stone diamond motif - reminiscent of famous examples of the Italian Renaissance such as the Palazzo dei Diamanti in Ferrara. The Durazzesco portal still has the horizontal frame which touches the top of the arch of the entrance way.

The building structure is organised, like other grand buildings in Sulmona of the time, around a courtyard onto which opens on the ground floor a porch with stairs connecting it to upper floor. One one side there is a small loggia with arches on fluted composite order columns decorated with rosettes in relief. The apartments with large chimneys (one of which is dated 1511), and the rear elevation which overlooks Via Carrese, have been completely transformed and modernized with renovations following the earthquake of 1706 and also later according to the changing needs and uses of the housing.